Why are people so mad?

Why are people so mad?

Howsit guys, I'm back from the dead!

So, I play a shitload of online games and have found that everybody in competitive gaming is really mad and selfish, as if they are all twelve and have some kind of anarchic point to prove. Yet, in MMOs like Guild Wars 2, RIFT, WoW etc nobody gives a flying f*ck and is as chilled as a stoned guy.

Why are competitive games so cancerous and (TTW included seeing as this thread is started because of a bunch of people calling each other faggots has recently erupted on the board) so full of rage and childish behavior? In dota I'm called a faggot because I support and don't get kills, in TTW I'm called a noob because I don't care for juggling and rather focus on ammassing an economy and sending. I'm assumed to be new and am ordered around as if I have no idea how to play (meanwhile I've been around longer than most of you, having even seen the fallout between AA and Stefanov (I think it was him) and all of it's influence - dammit I was even staff on the previous forum! But that's all history).

In the MMO's though, mainly RIFT and WoW, the skilled players help you out, give you loot and educate you. I do the same with Guild Wars 2, helping out other players as much as I can, even playing the role of healer because I'm a team player. Almost nobody acts like an arsehole, the community is healthy and growing and the staff of the companies even praise the support the community provides towards the game and the community itself.

Also, why is the colour in the New Topic text-box so damn pale?

H3ka, fix this shit man, I can barely see what I am typing!

Re: Why are people so mad?

I recently played a lot TTW, and noticed that each player has in itself unknown desire to win. He does not care how to get, he is like a drug addict who needs only course he uses uncensored.
But of course there is a percentage of people who do not care what nobody say and play fair, step by step become stronger.
for this class of players were invented from beginning to pro.
noob is not one who is a beginner, but that in the case mentioned above.
Hey you, do not bother each noob, you do not need them, they need you if they want it. 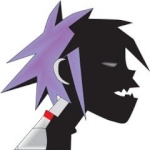